Transformation of the Shine grounds – Thank you Bryan

Imagine the Shine school ground full of trash, with buildings that turned black from the dirt and massive mud puddles outside of the classrooms – in which the children were playing, risking a lot of disease. This is what Shine looked like until November 2017. That’s when Bryan Caisse showed up. 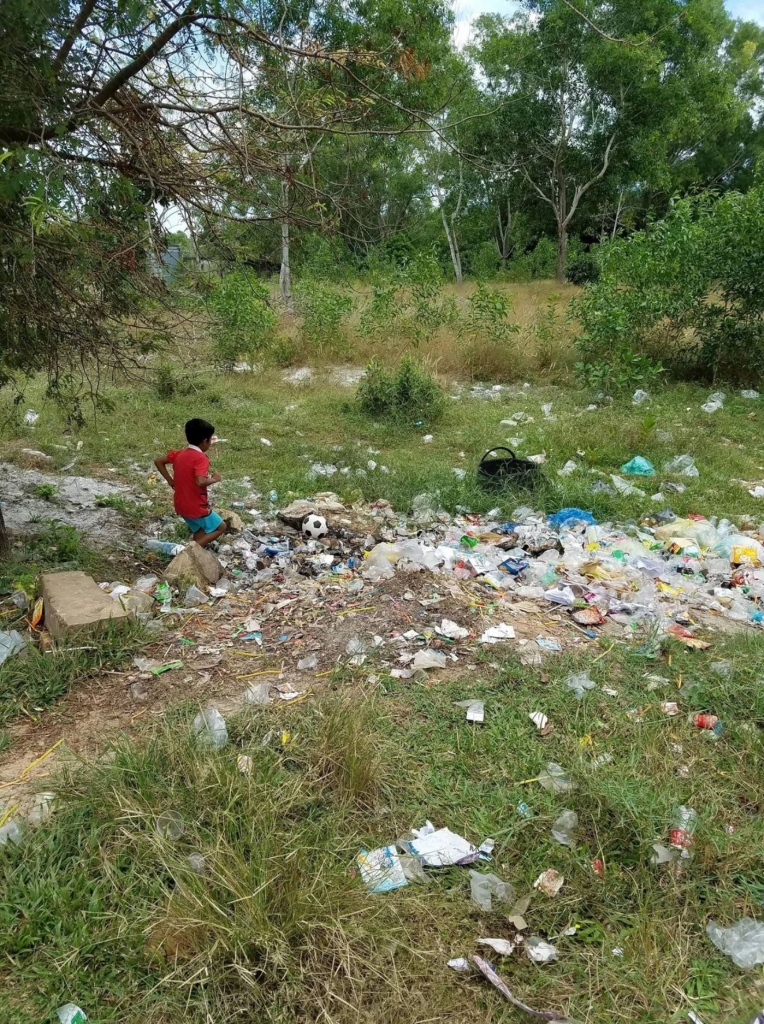 Bryan is a former Wall Street trader who lived and worked in Manhattan, New York City for the last 27 years. He decided to leave the Big Apple and started travelling, looking for business, teaching, and volunteer opportunities. After stops in Indonesia, Singapore, and Malaysia, he ended up in Cambodia.

However, not much travelling has happened since November. “On my first night in Otres, I bumped into a member of the Hash House Harriers’’, Bryan explains. The Hash House Harriers are a global social and running club. ‘A drinking group with a running problem’, is how they describe themselves. Bryan decided to join them. However, to participate, he needed to make a $1 donation to Shine.

‘’I asked if I could see the project. So a few days later I took a ride out in a tuk-tuk to the Shine grounds”, Bryan says. “To put it mildly, it was an eye-opening experience, and I immediately agreed to volunteer as a teaching assistant, 2 1/2 hours a day, four days a week.” Bryan also offered to raise money to give the grounds ‘a highly needed make-over’. And so he also became the local groundskeeper. He would end up working on the grounds a majority of the time.

From that point forward, Bryan managed to raise over $3000 through his personal network and blog ‘Things I Have Learned’.  With that money he and a group of volunteers cleaned and painted the walls of entire state school and Shine office, laid fourteen tonnes of gravel in the grounds, which made the mud puddles disappear, and removed 340 industrial bags of trash from the grounds – which are now kept clean and tidy.

Four months later, the transformation of the grounds are complete, and it was time for Bryan to take some time in Vietnam. But not without saying goodbye ‘in style’. Bryan: ‘’I wanted to raise a last bit of money to get us to $3000.” His sponsors agreed, on one condition: Bryan needed to dance the Hokey Pokey, together with over 100 children who learn Khmer and English every day at Shine.

And so, on a Thursday afternoon in late February, Bryan came to the Shine grounds one more time and danced the Hokey Pokey, with help from the children he supported in so many ways.

For the work Bryan and his sponsors did in such a short period of time, they deserve a huge THANK YOU. Read below for a few quotes of Bryans sponsors, and their motivation for supporting a project so far away from their reality.

“We were pleased to support Shine Cambodia in their efforts to enrich the lives of these precious children. Each and every child deserves a chance to rise up and live a beautiful life. We hope our gift in some way makes a difference for these special children.”

Diane Toomey Lambrow, a former ICU and OR nurse working at Johns Hopkins who bred and showed Hungarian vizslas as a hobby, from Maryland, USA:

“I am thrilled to give to a charity when I can see exactly where my money goes. Really excited to see the kids get their school rehabbed so their learning environment is improved. Nice job, Bryan!”

“I am very thankful to be given the opportunity to help the children in the Shine Cambodia Project. There are so many needs in the world, how do you know where to help or give?  That was easy knowing I had a friend like Bryan Caisse onsite to help and serve the kids in Shine Cambodia. Thanks for the opportunity Bryan. It is more blessed to give than to receive.”

“Watching the school be completely transformed with the help of volunteers and the school children, has been a rewarding experience. Rarely does a donor have the privilege of getting step by step photos. Congratulations to everyone involved in making this beautiful school.” 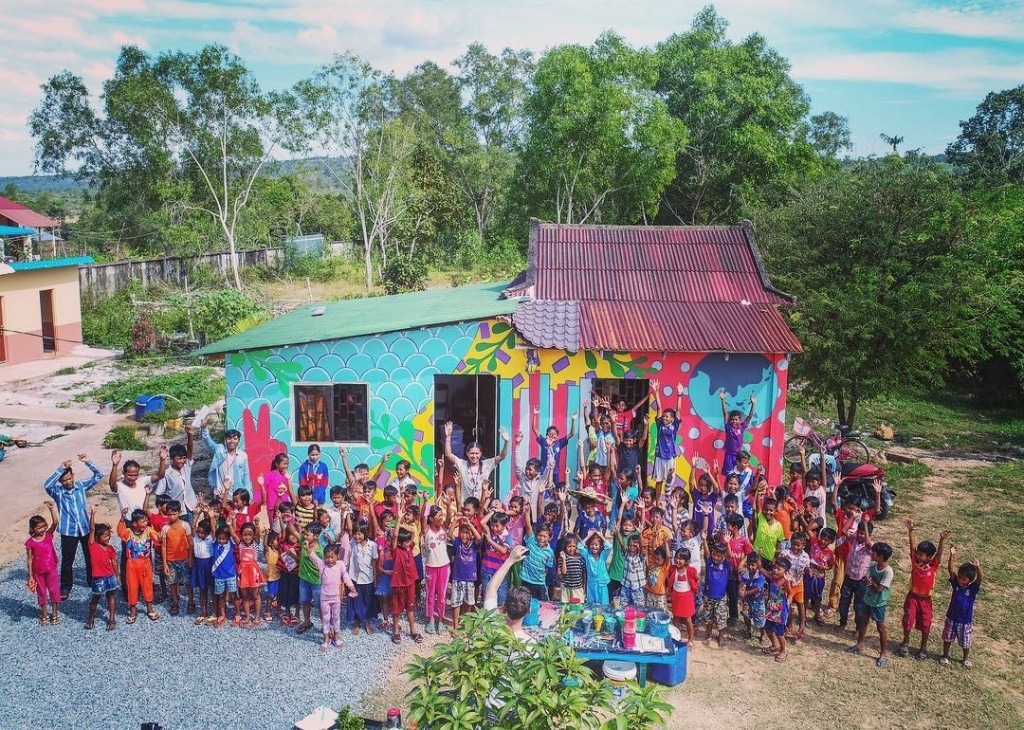 Bryan is now working on other projects to help Shine Cambodia.  He may be coming back to to Otres help Shine work on future community projects.